With sidecar racing now officially over I’ve been looking for new things to get involved in. While I’m focusing more on my writing and am putting time into downsizing my life, I also need to replace that overarching mission that sidecar racing has been for the last decade.

The result is several interesting things, the most immediate of which is the Hoody Hoo Throwdown. This event started as a much bigger and crazier idea I had a couple years ago. When I told Jacob about it (the co-owner of my race team) he started getting ideas of his own.

The conversation turned into a March 16 event in Las Vegas at the Hogs and Heifers Saloon. We teamed up with REVER to track riders and let them bomb around Las Vegas and surrounding areas, earning points as they find hidden locations. Russ Brown hopped on for the $1,000 cash prize to the winner. The goal is to raise money for the Veterans Charity Ride (VCR), which I have been involved with for over two years now. You can look at the Hoody Hoo website for more details. Let’s talk about the second cool thing I’m up to, which relates to the VCR. 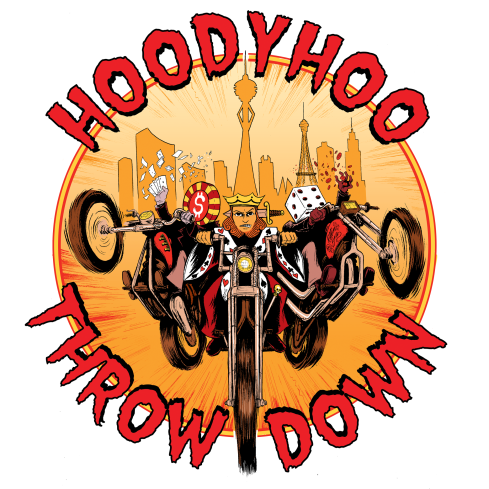 It’s called AdventureVet, a new project launched by Dave Frey and the VCR folks. Dave moved out and bought property outside Moab, Utah. The plan is to do year-round retreats for wounded and amputee veterans, eventually branching out to offer tours and adventures to everyone.

AdventureVet teamed up with Mahindra to use their ROXOR offroad vehicles as well as Royal Enfield and their Himalayan adventure bike. Along with the already-existing partnership between VCR and the Red Cliff Lodge, AdventureVet can also offer rafting, horseback riding, UTV rides, and more.

This allows us to reach out to vets who might not have their motorcycle endorsement to take part in Veterans Charity Ride events. With my sidecar experience and some offroad training while in the Marines, I’ll be able to help out by piloting their Ural sidecar in offroad adventures as well as keeping their vehicles maintained.

Add in my marketing background, content writing experience, and time in front of a camera, and I should be able to help out in many ways. I expect this will eventually grow into something that will require me in Moab full-time, which I’m not opposed to. The main thing keeping me here in California is my girlfriend Kate and her need to finish up some schooling. Although she is also part of another cool thing I’m involved in.
2hearts1horizon is a concept I’ve had for years. I built it mainly because it was fun to do and gave me experience in brand development, web design, and travel photography. Originally just a fun way to share travel stories with friends, it grew organically into a full-blown adventure project.

The plan is to get a sidecar and hit the road when she graduates. We’ve been mapping out destinations all over the country with plans to hit the 49 states plus some of Canada. It all depends on how much money we can save of course: a six-month trip is different than a three-month trip.

The goal will be to extend our trip by sharing the stories, pictures, and video we take and building a following through the 2hearts1horizon platform. Kate’s a helluva writer already and I think it will be cool to have stories coming from both of our unique perspectives. We’ll want to see different things, we’ll have different high points and low points, and that means anyone following along will find something they can relate to.

I built a website awhile ago and, although it’s parked, it has links to our Facebook and Instagram pages if you want to check them out. We share pictures of our local day-trips and the quick vacations we take together, so there is plenty to look at already.

So in a way things haven’t changed. I either need to be doing way more than is possible or staring at the ceiling doing absolutely nothing… there is no in-between. The only thing that changed is the things I’m doing to overwhelm myself. Sidecar racing has been an adventure, and adventure is what I have planned going forward. 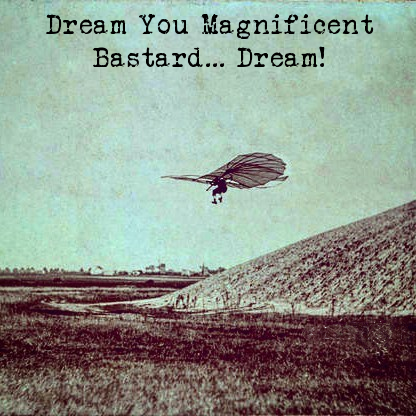 And if this Hoody Hoo thing works out, I’ll have even more to do: Jacob wants to branch out and do a Hooligan Flat Track race team. I said I’d be okay with racing as long as the goal is to have fun… not win. The effort level to move to the front of any sport is “all of it.” If you aren’t pushing forward, you are falling behind.

Sidecar racing had become a chore because of this. Plus, with nowhere left to go except Europe, there wasn’t much left to do in that discipline. And while taking on flat track is definitely a new challenge, the goal won’t be to win… just to make the main event. With the goal being to have fun and create something worth watching, the odds of things getting out of hand are drastically reduced; no sitting up at night wondering what dropping the tire pressure 1 psi will do at the next race.

But one thing at a time. First job is to make this Hoody Hoo Throwdown a success, keep my writing portfolio growing, and get garage projects finished and sold. Oh, and to get more people to sign up to my email list. It only goes out once a week, and then only if I post to my personal blog. So sign up! Cool stuff is happening and you need to stay in the loop.

My interview with Bob Marshall is live on the blog for @russbrownmotorcycleattorneys. It was a real pleasure to spend time with the guy, do some riding, and talk about the world at large. #jkroams #Repost (@get_repost) ・・・ @americanroadrunner says the answer to all of life’s mysteries is, “motorcycle.” [Blog In Bio] 🏍
For the record, the police in #Sturgis have the coolest logo of any police Dept I've seen. This is on their cars too, not just the bikes. . . . #jkroams #instamoto
It was no frills but just how I like it. For my bday on Wednesday I got some tires swapped, then grabbed a #burrito 🌯 and #beer 🍻. Nice to be out on the bike, traffic be damned. . . . #jkroams #sfbay #burritorun #birthdaypresenttomyself #instamoto #modelo
So my emergency tire swap on the #buellblast didn't last long. A taller tire was all I could get, but it rubbed on the swingarm. @cyclegear to the rescue. Easier than doing it by hand in the driveway. Totally worth it, and they are friends of the @veteransride . . . #jkroams #cyclegear #buell
I didn't have a plan to share anything about International Women's Day, but this pic from @velomacchi is worth sharing any day of the year. There's a lot of badass-ness in one image. #Repost #jkroams (@get_repost) ・・・ Happy international women’s day! Marginalizing half our species was a dumb idea.... imagine where we would be if we spent the last 2000 years empowering women scientists, engineers, artists... worse yet, imagine where we will be in 200 years, if we don’t.
I spent some of yesterday herding chickens like a cowboy, but somehow "chickenboy" doesn't sound nearly as manly. . . . #jkroams #chickens #movingday